The last couple of months have seen a huge increase in drink spiking, with over 200 incidents being reported - and many incidents don’t get reported.

You shouldn’t have to protect yourself from spiking, but the sad reality is that there are people out there who know it’s wrong to spike drinks but do it anyway.

Although anybody can be spiked, the vast majority of spiking victims are young women.

Women all over the UK joined an online campaign ‘Girls Night In’ to boycott nightclubs on the 27th of October to highlight the women’s safety issue and to encourage venue owners to help tackle the issue.

At ThinK Wine, we want to help you protect yourself from spiking. This is why we have manufactured our ThinK mini bottles, which are much easier to protect from spiking on a night out.

You can drink our 200ml mini bottles anywhere - whether you’re at a private party with friends, or you’re in a bar, club, or restaurant.

They’re small and easy to carry around with you, unlike our much larger 75cl bottles.

As you can see in the video, you can protect yourself from spiking by popping a straw into the bottle and covering the rest of the open bottle with your hand - meaning nobody can put anything into the drink.

We always recommend that you never leave your drink unattended - and to further protect your drink, simply pop the cap back onto the bottle once you’re finished sipping.

This makes it far more difficult for anybody to spike your drink, as they have to take the time to twist the top off, which will increase the chance of them getting noticed.

The mini bottles make it much easier for you to carry around and drink directly from the bottle - and the narrow bottle opening makes it near impossible for spikers to strike.

Unfortunately, standard glasses are easy to spike. A video went viral recently of a woman in a bar who turned her head briefly to chat to a man (who was distracting her), as a second man poured something into her drink.

Spiking can happen in a split second - so it’s always best to try and protect yourself however you can. DrinK Safe - DrinK ThinK.

How Do You Know If You’ve Been Spiked?

However, the symptoms will depend on what you’ve been spiked with and other factors such as your size or how much you’ve had to drink already.

If you think you’ve been spiked, or if you feel drunker than you should be, try your best to get help and alert the people behind the bar.

Many people will avoid reporting the spiking as they don’t remember the night clearly or they’re embarrassed.

It’s your choice whether to report the crime, but there is nothing to be embarrassed or ashamed about if you’ve been spiked.

Checkout our range of mini bottles by clicking the bottles below :) 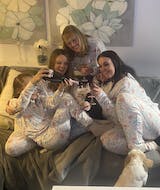 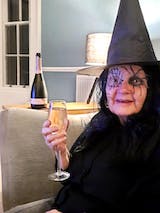